Truck Accidents Are A Leading Killer On Texas Roads

On Texas roads and interstates, encountering large trucks and commercial vehicles is a common occurrence. Although most people are used to seeing these large vehicles, many people can’t help but feel intimidated when driving next to one, for good reason. Although many encounters with trucks are safe ones, truck accidents are fairly common and can have deadly results.

According to the U.S. Department of Transportation, there are about 500,000 truck accidents each year across the country. Out of these accidents, about 5,000 result in a fatality, making truck accidents responsible for one out of eight deaths on the roadways. Although this number sounds low, it is somewhat misleading, as statistics show that when truck accidents occur, they typically are more likely to cause more damage than run-of-the-mill car accidents, because of their large size and weight.

Unfortunately, Texas has more than its fair share of truck accidents. According to the Texas Department of Transportation, there were 26,000 truck accidents in the state during 2012. Out of these accidents, about half resulted in injuries or fatalities.

According to the Federal Motor Carrier Safety Administration, truck accidents are caused by several factors such as:

Under Texas law, the driver of the truck can be held liable for any negligence on his or her part in driving the truck. In addition, truck companies can also be liable for damages, especially if the company failed to maintain the truck in a reasonably safe condition by regularly checking the brakes or lights. Additionally, truck companies are also ultimately responsible if they hire a driver that is clearly inexperienced or unsuited to the position (i.e. has a poor driving record or a history of drug abuse). Finally, in some cases, the manufacturer of the tires or brakes (or other equipment) may be held liable if the equipment was defective and contributed to the accident.

Texas residents that are injured in truck accidents have the right to file a personal injury lawsuit to recover damages resulting from the accident, such as medical bills, pain and suffering and loss of wages. If someone is killed in the accident, the decedent’s family may also have the right to seek compensation in a wrongful death lawsuit.

If you or a loved one has been injured in a truck accident, insurance companies may approach you and offer a quick settlement before the full extent of your injuries is known. Before accepting any settlement, contact an experienced personal injury attorney. An attorney can ensure that you receive fair compensation that will fully cover your losses. 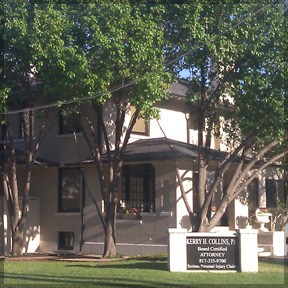